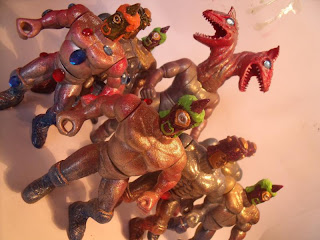 Brutal cosmic warriors from the REAL Hel of Norse mythology. They fight to honor the mystical powers of the stars in the name of Odin.

The magic mists of Asgard give them their shimmering form - by fist and by spike they fight all who deny them glory in battle or lust of the flesh.


Among them are two brothers - Uniclops and the Cosmic Paladin. although fundamentally of the same stuff, they fight throughout the worlds over women and of the bragging rights of their legend. 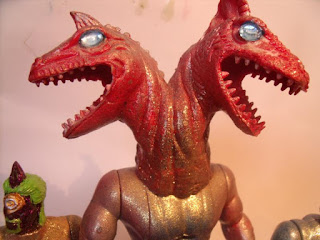 These figures are among the most garish thing you will ever find in 5.5". With re-appropriated vintage bootleg bodies and resin heads, they have been painted as vividly as possible. A dark eighties fever dream!

The header cards are a nod of honor to the great album covers of 80s metal bands. Uniclops and the Cosmic Paladin showing honor to Odin around a campfire. If  you can guess the album cover parodied here, then you are a Brother or True Metal! 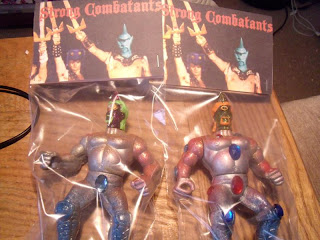 They are fully posable and totally not suitable for kids. Almost every element of them is toxic so don't suck on them. These are some nasty arse bootlegs. They have been coated several times in the thickest gloss available to preserve their looks and protect Eagles overhead from death by intoxication. (Just kidding, they are only as toxic as anything else made of resin and spraypainted). 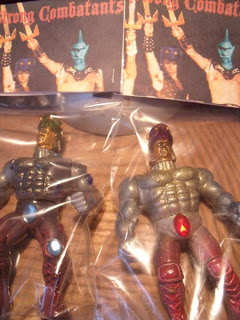 CRITTERS?! I've been getting a lot of mails from people who want more or missed the first few waves. I've been working on some big projects for Treegarr collaborations and they are DONE! The Critter (inspired minifig) is a tough bitch to cast so as much as it will kick my arse, we promised anyone who wants one should have one and we are sticking to it. Bare with me! I'm working my knackers off! But you WILL have Critters REAL soon! 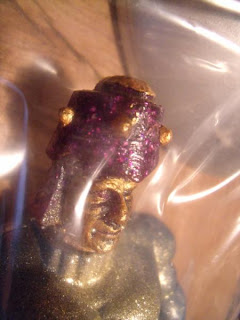