Half of the alpha wave of Burning Chop are still in store @ http://bigmantoys.bigcartel.com/product/burning-chop-alpha-wave Also been working on some Glyos animal heads (available individually) for fellow Battle Beast dorks. 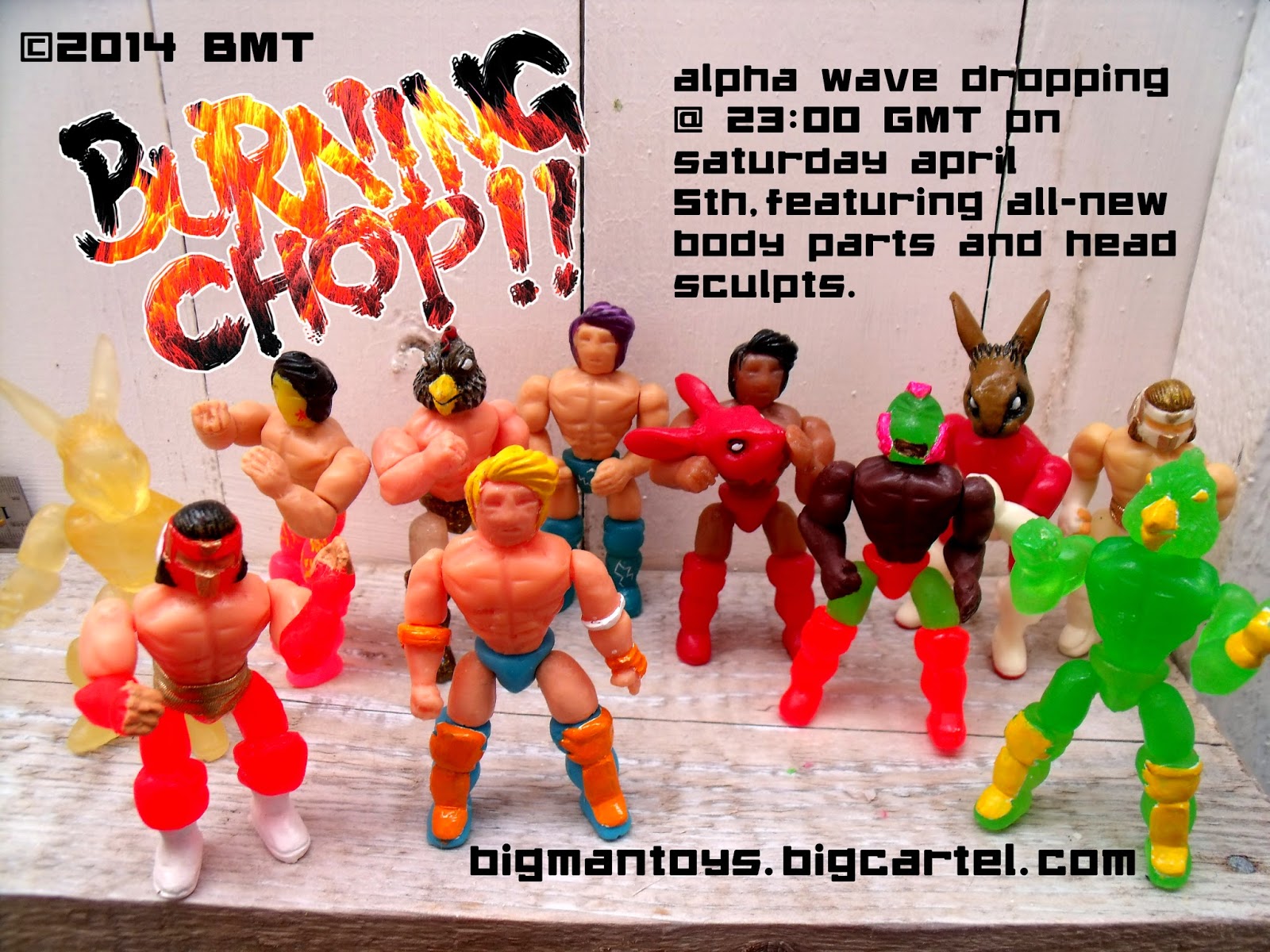 I was reading an article the other day about weight training, saying that 80% of our results come from 20% of our effort. I imagine that rule loosely applies to most things in life. You just never know what will be THE thing that gets you to where you want to be. You can crank yourself to the edge with effort in something, then some fluke side-project you half started can catch on like wildfire and take you further than all your hard work ever could have.

The reason I'm writing about this on a toy-maker's blog is it's a principle that been present in everything I've tried in life. I won't lie, a lot of things I've been involved in, I've had the unfair advantage of being able to make people laugh which instantly makes them treat you favorably. I never planned this or put effort into it, but it has undoubtedly helped a lot.

I went along to Toycon UK again this year but didn't take any toys. My goal was to talk to my friends, look at some toys and have fun. I walked away with a couple of new contacts in the toy industry and some vague talk of vinyl production somewhere if I do the right sculpt. I won't strain myself trying to make these things happen - I'm just going to keep on enjoying what I do, sleeping at least 7 hours a night (most nights), and working only on the ideas my heart is invested in. I've even started working on my own gym in my bigger shed to make sure I don't lose my weight training progress to toy work. There's no need to let that happen.

Toycon was a ton of fun without business to worry about. Getting to see TruTek is always cool as we have so much to catch up on every time we see each other, as well as Dan and Ian from Unbox, Luke and Rob from Triclops, Chris from TheTarantulas, and Rich from Umetoys. I wasn't talking shop for the most part, and as a result, I left with more motivation to make toys than ever. I got to meet Jon Rampage and had the pleasure of realising our mutual expectation of the other guy being a dick was the opposite of the truth. I could have lived that day 3 days in a row and still been filling my inspiration glass by the end.