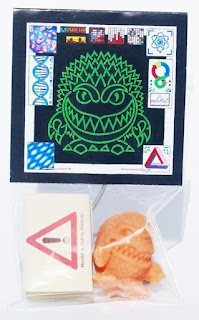 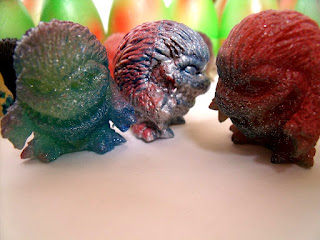 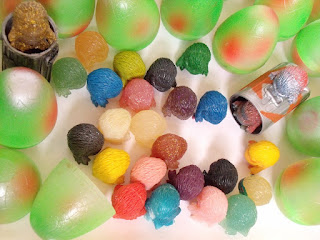 If you're not in a reading mood:
These are SOLD OUT - Thanks and congratulations to everyone that got one. Unreal how quick they flew out of the shop!

You can get my resin ones at bigmantoys.bigcartel.com

Hmmmhmm! That's right! That series of 80s horror movies about the little aliens that roll around biting, combining, and shooting people up with spikes have their own keshi.

You may be aware of the amazing Zectron's initial annihilating assault on the keshi/art-toy scene already form his first run of awesome (I own one) rubber figs produced by EricNilla. Zectron got in touch with Bigmantoys+Man-e-toys, and asked if we might like to do our own take to add to this amazing project. Totally! 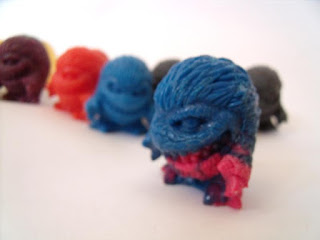 I myself have been working on all resin. to say this is a fun (if somewhat fiddly) sculpt to work with would be an understatement. Not to mention not being able to get over how awesome Zectron's sculpting is! This is something that everyone who wants one should own!! It's just too good to be limited to keshi collectors, art toy collectors, horror fans, or whatever. There isn't a level on which this figure fails to rock! 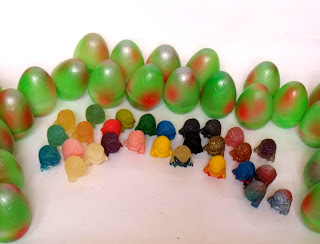 Within a week (?) of agreeing to cast these, Zectron somehow managed to land a giant box of plastic eggs, with crack-effect, just like in the movie, on my doorstep form somewhere in England. 70 plastic eggs?! How do you find something like that?! He may be an insane genius but Zectron means business!! I sprayed them up movie style with neon green, neon red, silver, and lots of glitter spray. I'm really happy wih how awesome they came out. 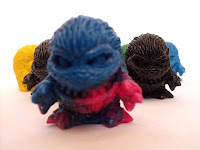 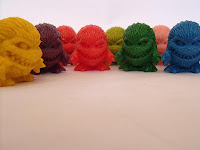 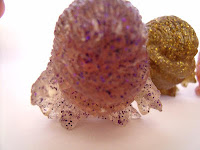 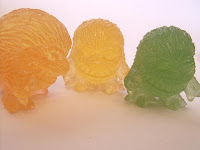 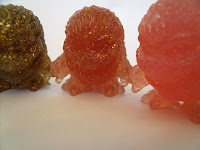 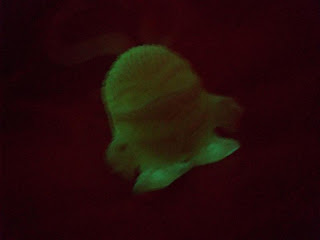 I've got a few distinct types - available.
GITD - I don't know if i've used too much powder but they glow like crazy. If I put them next to a lamp, and cap them in my hand, even in a lit room, they glow like a nuclear rod.
Glitter - I love glitter and would live in a house made of translucent glittery plastic if I could.
Graf-eaty. The funky rad 80s stylings of these figures REALLY suit some graffing-up. I plan to do a few more of these.
Standard - Opaque colours.
Fruit gums - translucent citrus colours.  They look like candy.
Experimental/ Gradient - because it's more fun than making opaque :) 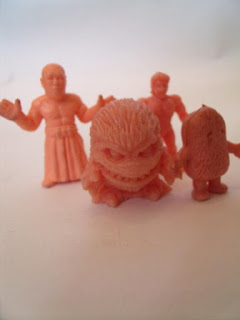 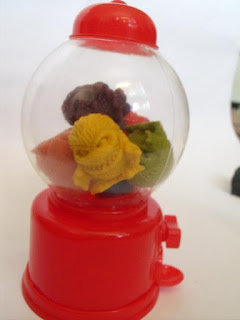 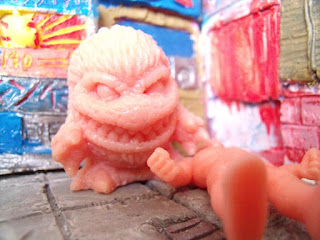 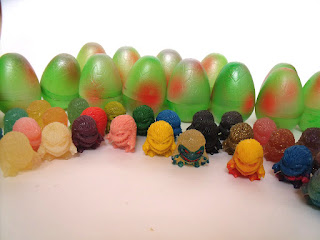 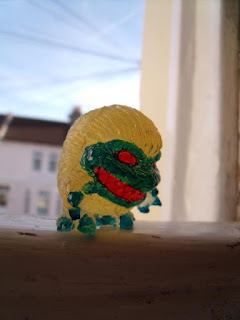 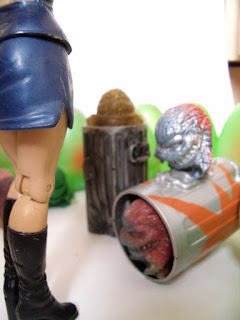