Perhaps we'd better start at the beginning. Here is an in depth look that you might not have seen of BattleGaze creator, Tressel Gunmetal talking in his Yonkers apartment, taken from VHS many years ago.

He's back, and the dickumentary on his journey of action figure creation is back in progress, while he works tirelessly to produce the most cock heavy, erect action figure series the world has ever seen.

With just a few more prototypes to create and magazine advertising secured, we can now reveal some of the exciting figures that will be part of the series, and something completely new!

We've managed to get hold of scans of some of his sketches, accompanied by the latest BattleGAze promo shots! 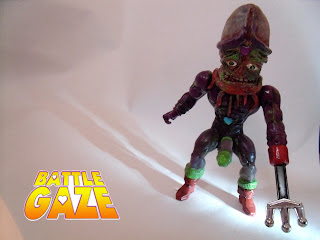 Born from over pumping and a greedy need to be the most blood swollen member in the universes, Phallofax created a full body pump and slowly pushed the pressure to 10'000 psi over the course of several months. Eventually his body and knobcock merged into one. Now, with no ability to truly love or be loved, he has invaded the Vein Nebula, home of the possessors of the most rickockulouly impressive glands in existence, to try and ruin their frankly outstanding ruddy knobbers.

As a figure, Phallofax is possibly the most instantly recognisable of the characters. Mainly due to his Russell-Crowe-esque eyes. 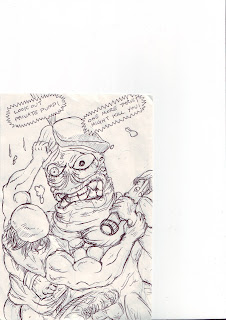 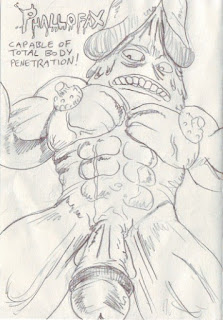 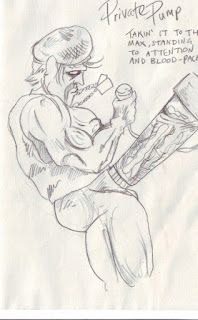 Private Pump is 90% through action figure production. He's the main good guy. A classic 80s style action hero, go-getter, and all round heavy-sloppy-dicked, big dick man around town today.
The leader of the resistance on planet ErectPenis, he makes sure he's always primed, and ready for the evil invading forces of Phallofax! 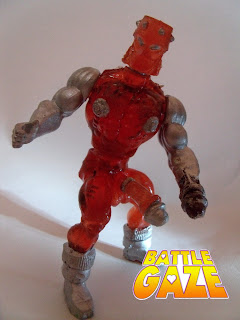 Although he would appear to be cyborg or alien, he is neither. Phallofax went around the jungles of Pubis-Minorii Alpha, collecting symbiant parasite assbugs and centirpicks. He combined these with the blood of a thousand severed steamers, and combined with the information taken from earth TV signals, same up with this nightmarish henchman.

AND LAST BUT NOT LEAST, THE STORY OF HALLUCINOGENIC DELICIOUS JELLY DICK ALPHA! 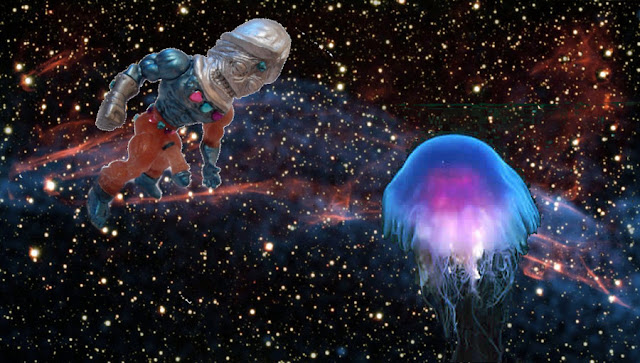 Long ago, upon being expelled from the planet Hormonia for rendering the entire population infertile, Phallofax, a long time lonely in his space suit, came accross a wan and kindly space jellyfish. One would think this moment of interstellar romance would have come to something special. 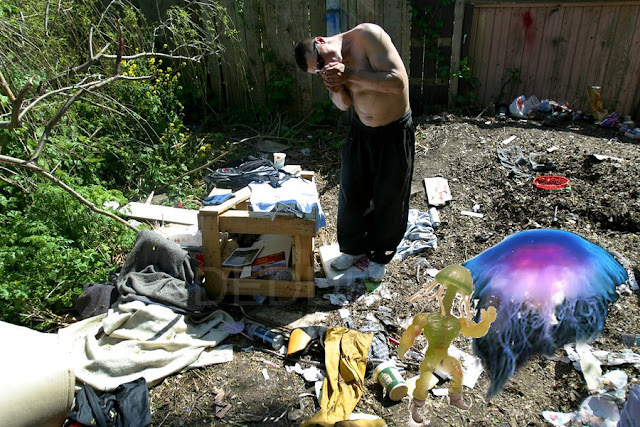 A mere nine months later, that sweet and comely Jellyfish found herself stranded on Earth, with nothing to survive on (that could provide adequate nutrition to a space creature), she found that only partly used drugs could keep her alive. Thus her, and her newborn son became completely dependant on narcotics and LSD. Upon his mother's death, a young Hallucinogenic Delicious Jelly Dick Alpha swore he would die in battle, and take Phallofax, his abandoning father with him. 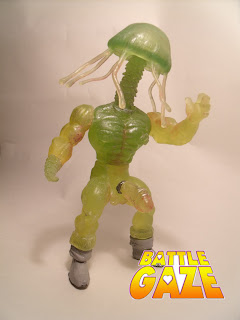 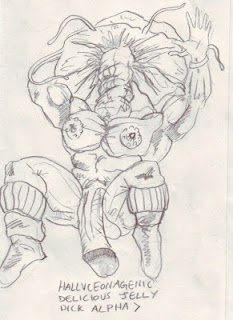 As you can see, HDJDA is by far the most advanced figure in the range thus far and looks great in translucent green. Look out Phallofax, this could be your nemedick!

Get ready for a battle for the centudick as the world's first anatomically correct designer action figures make their way to YOU!! And perhaps even more exciting, is the forthcoming web-series from the comic geniusses at www.riversiderambo.wordpress.com based on the hot figure line. 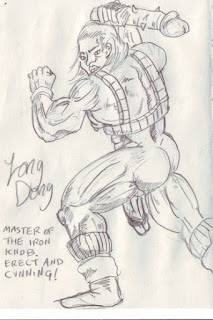 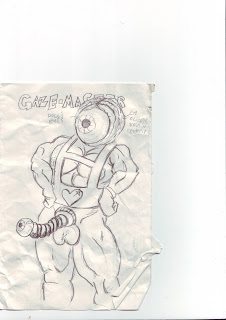