No posts for nearly a week? What've I been doing? Catching up with friends? Seeing my family? Travelling? What do you take me for?! I've been in my one bed flat, casting toys and slicing and sanding all day.
I've already posted a couple off, and some of these are sold but here's the slowly growing pool I've made over the past ten days or so (and a couple of ancients out of storage) :

Seems the Microkeshi is the one people like best - probably is the one I put most love into so that works for me. JKs are set to be all gone. Literally. I'm not even saving any for me.
Still making the other guys, though. Probably won't make many due to the absolutely shite silicone I bought the other week. It won't last many pulls. I still love MenMan - Probably a bit idiosyncratic a taste but I really like him. I tried to get that dark 80s mech feel with him. I finally did a header card for him this week: 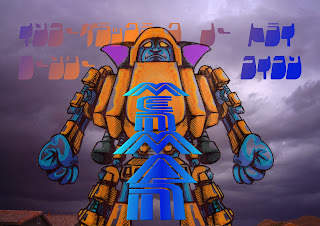 But that's only HALF of what I've been upto this week. I've been working my ARSE off and The Acro-zombies are not just going good, they're going better than I'd hoped. I've got a stack of pics but I'll save them for when the boxes and everything are done. For now, here's a look at the new look head and mid-sections (one of several types - and they all rock!). Every AZ comes in a different colorway - some will make you shit the bed I hope. This is possibly the best stuff I've ever made. 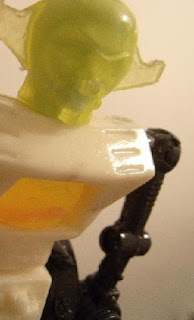 BATTLEGAZE~! The molds started dying, I got all this extra stuff going on, and ran out of ideas. In a week, alongside a large private commission, I'll be free to get back on it, probably make new molds, and start thinking up stuff. I don't want to commit anyone to anything. but an artist I have a lot of respec' for is possibly going to collaborate with me on it, which I kind of need as making the first few was a bitch. I am immensely excited to see what he comes up with and this is exactly the kind of thing I was hoping for when I bought a pressure pot and got more committed to toymaking.I, and I hope you too, will shit the bed on this one.