Here's the three new keshi I've been talking about and one old one because I felt like it. Consider this the official first wave of BIGMAN-KESHI! (You can find my e-mail addy in my profile in case you fancy some)
Wave one will be available in all the colours of the 'bow, all opaque, and costs a mere five GBP(eight USD) per figure. 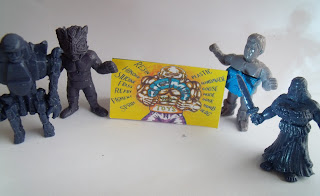 He's been ready a while but now he's header carded and ready to go! A fun, bootleggy little crossover between my two fave toy series. 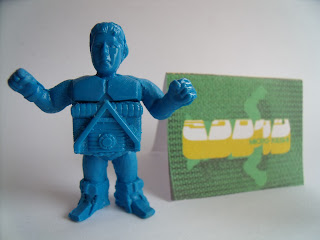 His chest engine is interchangable with a full size TT! 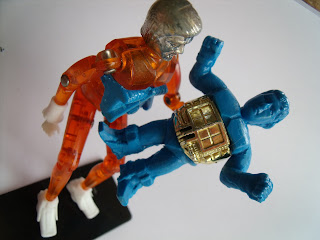 Jilted at the altar, mutated by sheer rage. Lucy Silverstein, 28, went on a one woman lifestyle quest of constant battle everywhere, all the time, when her dreams of matrimony were dashed. Maybe one day she will find the man who abandoned her, and rest. Until then, this barefoot buff battling beauty, is out for blood!
Am I ever happy with my work on the header card! I'm getting there with computers, little by little. Gone for the late 90s dojinshi look. 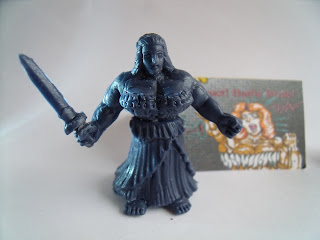 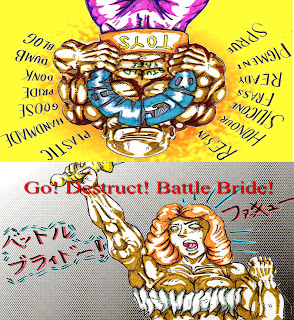 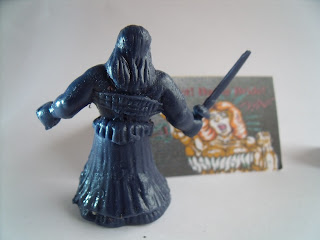 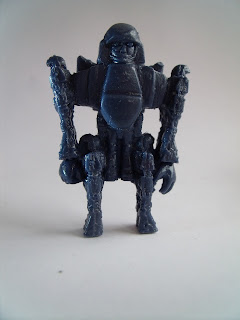 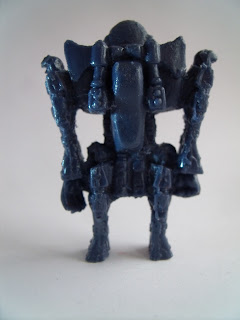 When is a man more than a man? When he's several!! It's Men-man! Gifted and cursed with the power of group rationality, group indecisiveness, and two lazer axes He roams the galaxy, never able to settle, often making absolutely no difference for hundreds of years.
My mate Fred Yee sent me a Robolinks/Blockman pilot. I love the little guy so much I put him in every mold I make now. I decided a giant (well, less than 2 inches but you know what I mean) Blockman pilot made of smaller ones might be cool, and so here he is!
I tried my best to stay true to the 80s Macross/Dougram/Diaclone look and include a dash of MUCSLE with this guy. Yet to make a header card for him but will have one done in the next few days. 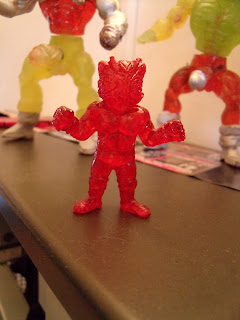 My first ever keshi. Only got a few left, no header cards, but he's here if you want him! :)
Posted by Bigmantoys at 10:24