Just so much stuff...

Sorry for lack of updates. More work on at the moment than I've got time for - which is a good thing!

First off, BMT has managed to weasel their way into Fantastic Plastic Toys' Mystical Warriors of the Ring line!

Read all about it here!

And as for Clone O'forms. Yessir. Give it another week or two...

And finally, I've got Zectron's Beardfist and Kesh-e-faces sculpts to work with, so expect a release of those soon to (finally) be accompanied by an available-online Aboboid.
Posted by Bigmantoys at 07:11 No comments: 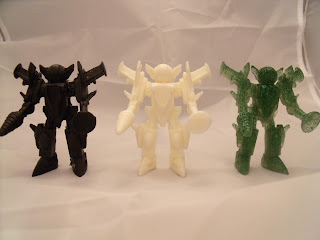 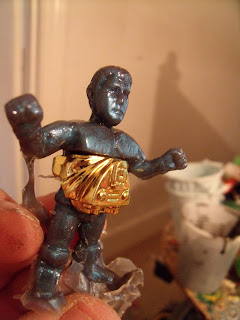 Here's the other 2 sculpts that will be part of the 4 figure first series of Clone O'Forms! Battle Bruiser, digitally sculpted by MicroBry and based off of a mech form he concepted of the Battle Cruiser, and a Time Traveller MUSCLE sculpted and kitbash by yours truly as part of BMT's first ever release over a year ago!

Clone O'Forms is a new universe inspired by Micronauts of aliens and robots. They are all around 2" and are 1/1 scale. This is the actual size of the characters they are based on.

Why are you making Micronauts-inspired minifigures of all things?

It started as me liking to have everything I love in minifig format. My precious bag of MIMPs and MUSCLES as a kid was the only army I could really build once we started moving around a lot. So minis were essential. Thundercats? No, I asked for mini versions. I'd build towns out of shoeboxes and create a little world where all my guys could mingle in the same scale.

So the mini TT was something I put together as I saw it as an essential part of my collection.

After i'd been casting a while, I wanted to have an alien counterpart and asked MicroBry if he still hw could use his experience working on renders to help produce something Micronauts style but in SD mode. I wanted to do a SD Membros mini and was having a tough time kitbashing from a 3.75". Bry got right on it and both of us with massive enthusiasm have put money into and powered away on this project. I never dreamed that I'd be working with 3D prints of such advanced design and with someone who has been professionally involved with Micronauts.

Should be good to go by next month!

Posted by Bigmantoys at 13:03 No comments:

Microbry worked his knackers off on the 3D models and prints, and I've taken them and am really happy with how I've gotten them to work. Simply SO proud.
They'll be released ASAP :) 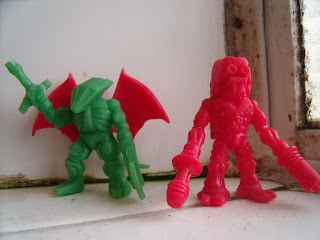