Merry Xmas or whatever you're into!

Life, if you're lucky enough to live somewhere like I (and likely you) do is like a video game - you pick your quests, your skills, and you dig deep when you get to the last stage and you think you have a chance of winning. Looking at it like this, my passion for making toys has been at an all-time high. If I have anything going for me at all, it's the fact that I enjoy the game of trying to get by as an independent artist and the variety that is an essential part of keeping it interesting.

I'm working on something you will have noticed if you follow my Instagram with a bunch of my most-trusted and serious 5.5 toymaker friends from Europe; Goodleg Toys, Peer Brauner, Ralph Niese, and Viktor's Vintage. It's a ton of work and will mean a lot of the non-fun stuff like business and money and whoring. I'll write more on it when we're a bit closer to having models finalised.

In the meantime, in the spirit of all surviving independent artists, I'm keeping the hand-cast stuff coming and bringing out designer-toys in new materials and colours all the time.

Just up in store is a super limited run of crystal clear Puppet MUSCLE (Puppet Master-inspired non official) minifigures, Double Dragon, and a re-release of my Mortal Kombat and Robocop (sculpted by Oscar Torres) minis. 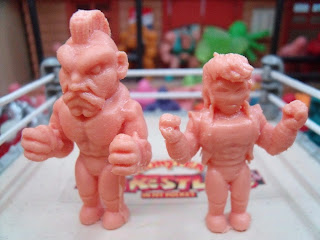 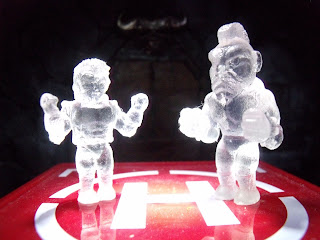 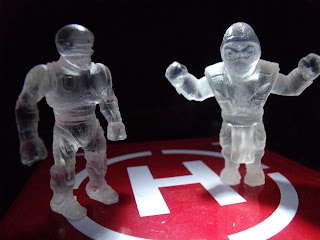 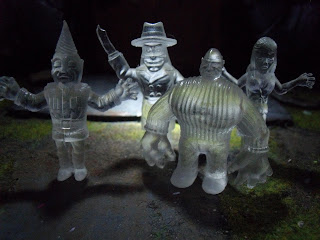 Also, I'm very happy to say I've got a few pieces for sale at the MF Gallery in Brooklyn. Dave Brockie was a friend of the people running the show and had pieces displayed there. He's the only famous person I ever cried about when he died. Literally crying on the bus when I read it on Instagram. I made a special cross-hatched GG Allin bust. If I get invited again, I'll make something especially in Brockie's honour. I consider him one of the few realist workhorses to have made a success of themselves in showbiz - like Trey Parker and Matt Stone. 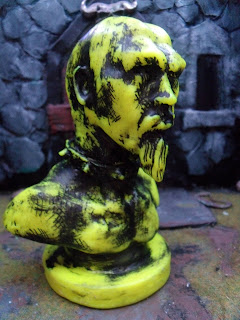 Also, I know you're supposed to make out like you're chancing culture forever somehow every time you make a good size art piece these days and get people to do raffles at cons to sell your stuff (fucking works too! People really will buy an idea if you convince them it's got value to others) but I made another Skeletank. 40 or so hours of 3D printing with a military paint-job, and a Skeletor headed Wo-man in hand cast resin.
BITCHKREIG! 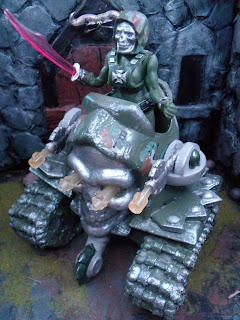 I know everyone with Facebook is the new Bill Hicks but you know, the world really is full of desensitized people who want to see other people killed at the moment. Can't stop feeling so lucky to live where I do. There are toddlers right now who are dealing with heavier concepts than I've ever even had to imagine. So I suppose this is a little satire on the vulgarity of pursuing war.

Posted by Bigmantoys at 18:39 No comments: