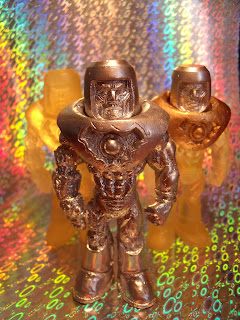 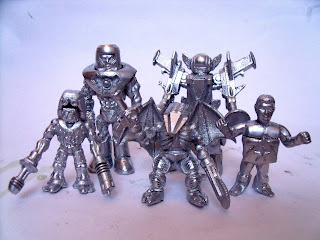 What a seriously f'ing great year it's been for BMT! The rest of my life has been a kick in the balls in many elements - losing a few friends, getting financially stunk out by renting a stupid shared studio with a bunch of trust-fund hippies, but meeting a few kindred spirits in toys and comics, and getting to make stuff like this has given me something I can look on with a bit of pride and enthusiasm.

The "Chrome O'Forms" set includes my Micro-Keshi, Microbry's Mego Minis and Batt'l Bruiser, and Zectron's awesome Kesh-e-face, in a selection of clear and chrome combos to give him that Takara SF look!

Also been working on a bunch of stuff for a forthcoming collab with BMT soulmates GoodlegToys. In fact, the inter-company bromance has advanced to the stage of me flying to Germany next week to hang out and work with Luke and Pablo from GLT, and get some artist tips from Ralph Niese.  That's why the drop's on a monday - so i can get stuff sorted then fly to Berlin with no worries while i'm there.

Also been working on a bunch of MOTU customs. Part-resin, part vintage, part rubber. They're kind of getting bagged as I up the pics on Facebook but I'll be sure to do a proper drop of them soon for anyone interested. 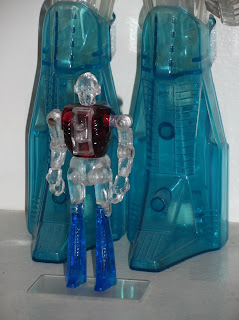 Get yourself over to his blog and sign up! He's a very different animal to most of us in the resin "scene" in that he really doesn't give one shit about any kind of scene at all. He's just a perfectionist who loves toys, and loves to help people. You can basically learn almost everything you'll ever need from the Micronauts Homeworld blog to get started in casting your own toys.
Posted by Bigmantoys at 15:03 No comments: