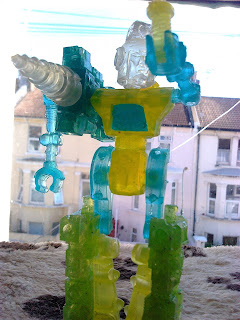 ...I can't keep anything half decent a secret!

... plus this is just ONE of several projects I have on right now. 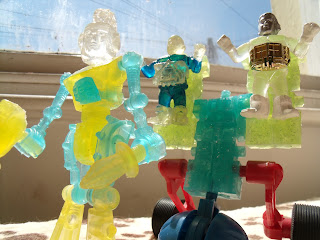 Several months ago, I planned my first Takara/Mego project to be a re-vamping of the awesome and underrated Blockman/Robolinks series. EVERY time I made a mold, stuff kept going wrong - it was really pissing me off and killing my enthusiasm for the idea while other things seemed to work much better. I've learned quite a lot since then and with the last remnant of the Acro-zombie project in my house, have today unleashed the power of the BLOCKMAN~! 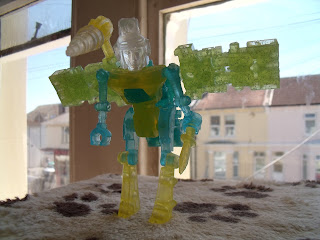 One trick I missed with the AZs was not glossing the shit out of them. I had no idea gloss on clear could be so effective when done right. If you happen to have bought one from me, I encourage you to gloss it if you like - the results are amazing. 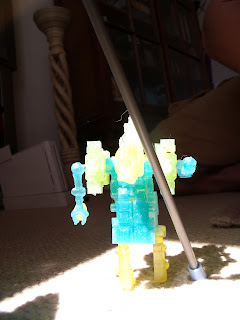 Anyway, I won't go on and on, it might be a while before I decide what format I'll be doing these in (2 packs, kits for vehicles etc (?)) and I have one big project that I'll be casting alongside the exciting collaboration I'm working on right now. I have a lot of it already done, just waiting for some loose ends to tie up :)

Also, I discovered the work (or put a name to the work of) Nistuff (nistuff.com).

Glyos is obviously right up my alley but there's no way I'm paying the shipping that is unfortunately unavoidable when shipping to the UK from US. Glyos is so cheap for what you get, but I can't afford to be collecting that stuff right now. If any ends up in the UK, I make sure I'm the one to get it, blah blah blah, anyway - Nistuff's use of colour on clear is incredible. Just really beautiful amazing stuff that gets the imagination going. Some of the most visually satisfying art/toys i've ever seen. And the sculpts are cool too.

I took a little MK for a walk today with my girlfriend. You can BET she was really proud to see her fathead 30 something boyfriend posing his little green man in public and taking pics with his phone. She's been with me 5 years now so she's stuck. Life can be brutal. 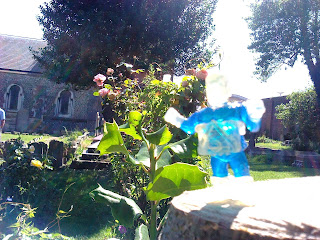 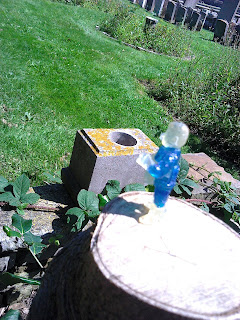 Diazombie now has an expansion pack - pretty f'ing cool aye? (do I WANT to sell him now?!)
Posted by Bigmantoys at 14:47